Foreigners Should Learn from India

Today in this blog let’s get to know about 5 interesting things which foreigners should learn from us for a better lifestyle. 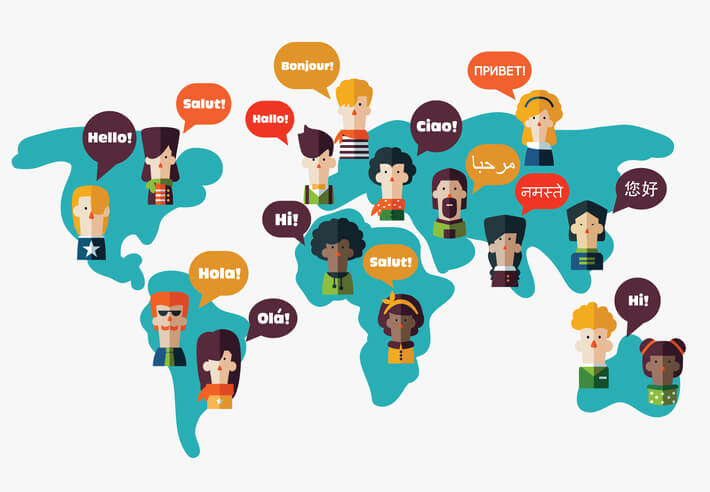 So today in this blog I am going to tell you five things that foreign people should learn from us Indians: These five things are very interesting among them because these five things are taught to foreigners in actuality. My driver before becoming a part of my family had a job in a tour and travel company and his work was to show the foreigners our India. He used to take them everywhere famous in India to show them the culture. Just thinking the fact that in the hands of our driver was the responsibility to make an impact on foreigners is quite amazing, the five such things which he has told me that he taught to foreigners. It seems to me that it should not be with me or them. These things should not only be taken up to you but the whole world should learn these five from us Indians. Our driver sir, drives around a couple who came from the US, their age was around 50 years. He was traveling with them, so what happened immediately that sir started feeling uneasy, he started bloating. Driver sir did take him to the doctor, and when he came back from the doctor, the doctor gave him the medicine. He was relieved at that time, but when our driver asked what the problem was, he told him that he has regular constipation and has a lot of trouble passing stool. So our driver sir asked if he could give him a piece of advice to which he agreed. He said, that Sir when you go to the toilet, the seat you use is not good. Right now the resort where we are going to stay, there is also an Indian seat. You just follow my advice. We are going to stay here for the next one week, so you must use Indian Seat for only 1 week and after that whatever will be your experience you will tell. The foreigner accepts this and driver sir gives another advice that Sir, you have a habit of using paper for cleaning but instead use water. You will clean first with water and after that, you can use the paper, then he accepted this advice too. After 1 week when he told my driver, sir, “The feeling of freshness I am feeling now, I have never felt so before, thank you so much, I would use the Indian toilet seat only from now onwards even at my house.” Now just think of this simple Advice, it is very useful for them and how useful it can be for many other people. This has a scientific reason. Let me tell you about our ancestors who gave us toilet training, who gave us sitting positions. That is scientifically proven that if we pass the stool by sitting then that is not the accurate position. The position when we sit on the Indian toilet seat enhances your gut health and eases bowel movements. The squatting position improves your flexibility and is also a good weight-bearing exercise that helps keep bones strong. Now the same couple brought a medicine box with them. There were medicines for different things in it. Diabetes medicine, BP medicine, Acidity medicine, there were a lot of medicines, so whenever that person started eating something, he used to take a handful of medicines from his box first. He used to eat medicine and only after that he used to eat something. Seeing so, my driver said, “Sir let me give another piece of advice that, here in addition to allopathic doctors there are also Ayurvedic doctors who will not give you medicines they will give you some herbs which will benefit you a lot, so if you want you can visit them”, the foreigner went there and got some Indians herbs like tulsi, amla, aloe vera and then when that person got benefit by that herbs, in actual, he said that “now I am going to follow ayurvedic treatment instead of allopathy treatment”, just think if you understand this fact that if Ayurvedic things have so much benefit. So why don't we Indians promote our Ayurveda? Not just in India but all over the world and it is happening, but it can be promoted even better if we all start to opt for it. Now The Third point which foreigners must learn from Indians is that When our driver took them to different places, there was a dargah somewhere, or a gurdwara or a temple or a Church . So our driver, wherever he went. He was fond of bowing his forehead in front of all Gods, then those foreigners appreciated this thing and said that “I have not seen this thing anywhere before. What happens in our own country is that the religion we follow, we consider it superior and when we have gone to different countries there also the person who belongs to a particular Religion considers it only as superior and he does not give respect to other places but what did we see in you, not only in you but in other Indians too, is that they were giving respect to every religion” Our driver sir agreed to it saying that,” this is the thing within India that we respect every religion equally.” Now the fourth thing, We Indians respect our parents a lot. What was seen when he took foreigners from different cities to different villages. The people who were there when they were leaving the house, were touching the feet of their parents. They were respecting their parents a lot. Within our India, parents are given the status of God. We also respect our parents a lot. We take care of them a lot. But it does not happen in the US and other foreign countries. When the child turns 18 years old. Children leave their parents’ house and go away. Parents are living separately and when those children also grow up, their children also leave them and the cycle continues. So the culture they are following is more correct or what we are following is correct. Ponder on this fact. Finally the fifth point, we do not follow the concept of the nuclear family in India. We follow the concept of a joint family. But now what is happening is we are having a western approach. We got influenced a lot more by foreigners. that we will be separated, we will live alone. We will stay away from parents, but if you see where people are happy. People are happy in joint families. If you go inside the village today, 20 people are living inside a house. Families are living together. Grief is also shared, and happiness is also shared. And when they live together then happiness blooms. But when foreigners come to India, they do experience all these things. This does not happen in their countries, but we should also teach them as Unity is strength and India is such a huge country. There are people of different religions. Different diversification, Different cultures live together in different kinds of communities and that's why we are United and we stand as the most promising country in the world so we should teach this culture to foreigners that you too Stay together to be happy Do not leave your parents, stay together. Only then you will be happy, But the Indians who are also deteriorating or who are becoming influenced, you have to improve them too, spread the Positivity by sharing this blog.