How to make money with Non-Fungible Tokens

In this blog, we will get to know about NFT, artwork by Beeple, How you can make NFT and make money. So let’s get started What is Fungible and Non-Fungible

If I have two ₹ 500 notes in my hand and exactly a ₹ 500 note would be in your pocket, so the note that I have and the note you have, is of the same value. Right, we can replace it and We can interchange it among ourselves. You can give me your note similarly I can give my note to you. It does not matter because the value is the same. But take an example here, Suppose I have Ram on one side and Shyam on the other side. I give one note to Ram and I give another note to Shyam. Now they both have ₹ 500 and they have equal money. Now Ram says to exchange the notes and Shyam does so as it does not matter. But what if, Ram tells me that Sir you are giving me ₹ 500. I would like a favor, Please sign on this note and give it to me. So I put a sign and a date on it with green ink. So it is a unique color. And now if Shyam asks Ram that “brother do one thing and give me this sign note”. Ram will say “that I can not give it” as it can no longer be exchangeable". Shyan asks, “Why?”. “Because now your note is not the same as the rest of the notes. The note without a sign is fungible. But the note with a sign is non-fungible as there is not a single note in the whole world like that. This is only one note which has been signed and that too with green color and it is with me then I will not give it to you. And I will sell this note for ₹ 5000. As Its value has increased”. Now you too can increase the value of anything. Suppose you have a phone and you have an Apple phone and I also have an Apple phone. But suppose the data in your phone, you do something new with that or you get gold plating on it, then your phone, it will become non-fungible as there is not a single phone in the world like that. Now, this is the concept of non-fungible 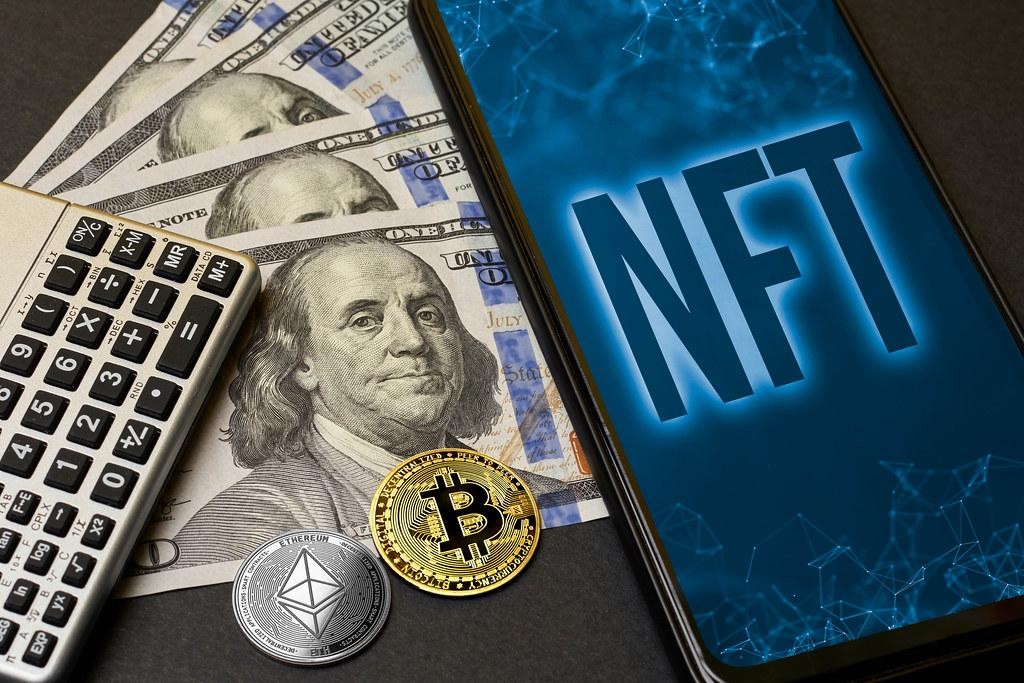 NF is non-fungible, T is for token. I'll tell you what a token is. Then this will become NFT. This NFT concept is based on blockchain technology, that too of Ethereum Blockchain. Now, this blockchain technology means it is secure. You understand that all the entries that are being done here say that I will put photos on the internet and I will make a token of it then I have an NFT, Anyone who wants to buy it can buy it. Ram says, “that not only will make a token of that 500 note, as I am also a graphic designer. I will make a graphic in the form of a GIF or a jpg, and I will upload an image, or I will put a video” He can do anything with it and make it non-fungible because GIFs like that are not there in the whole world as he made it his own NFT. But, how this is becoming a token.

This is Becoming a token because blockchain technology is added here.

What are the benefits of making NFT?

You can sell your NFT to anyone. If someone came out and bought something, you will get money. What is more, is that if this buyer will sell it to other people next time, Suppose he sells it to ABC, Then the next time ABC sells to XYZ, as many times it will sell, the creator will get a royalty of 10%.

For that same thing, the creator will get a royalty of 10% every time that A person named Beeple has sold digital artwork for 69 million that is 500 crore. Now he is calling this digital artwork as NFT. A person named Vignesh, who is of Indian origin, bought it and when he will sell it to someone ABC person, then 10% royalty will go to whoever made it. Once the creator is registered, he will continue to get Royalty whenever it is sold. And it will be a valuable addition for every time. If someone will buy something for ₹ 500 crores, he will sell it for ₹ 600 crores next time, or he will sell it for 1000 crores next time. Then the creator will get Royalty for 10%, this is the concept. Some people are saying that this concept is a bubble, that how you can sell Something in so much money which is available online. Normally, if you buy a painting you take it to your home but this is digital. And some people are now saying that this is a tremendous concept, this is the future. What do you think? Art is something that no one can decide its value, People decide its value. Some like painting, some do not like it and if someone wants to give 10,000,000 rupees for that painting, then we cannot stop him. That's why you will see art pieces being auctioned. Now people are making music NFT, Creating NFT videos. The shots of baseball players are also made into NFT to sell. In fact, the CEO of Twitter, Jack Dorsey, They have sold their first tweet by making NFT for ₹ 180000000! Now it has been sold, that tweet is in the public domain and selling will earn you 10% royalty as many times it will be further sold.

How to make NFT? 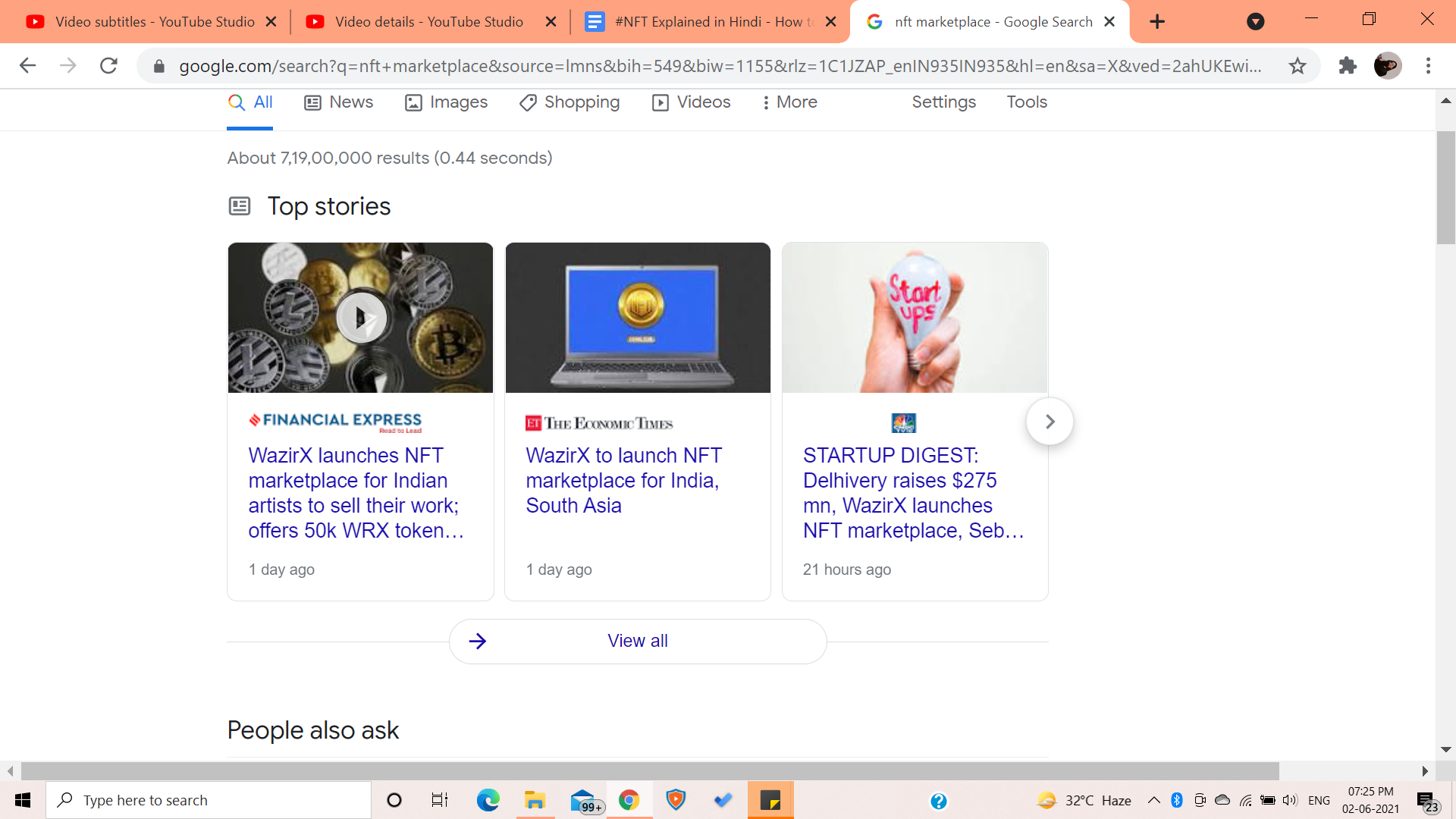 Now some people would be feeling that how can this happen sir, how can common people do this. You ever go on the internet, every information is there for you. All of this is easily available online. You put the NFT marketplace on the Internet, lots of websites will come before you,like crypto.com Opensea.io You Open it and if you have something unique which is non-fungible, non-replaceable, so you can put it on the Internet by making it your token and create something which you could sell.